What do companies fear the most when transitioning to the cloud and what worries them the least? 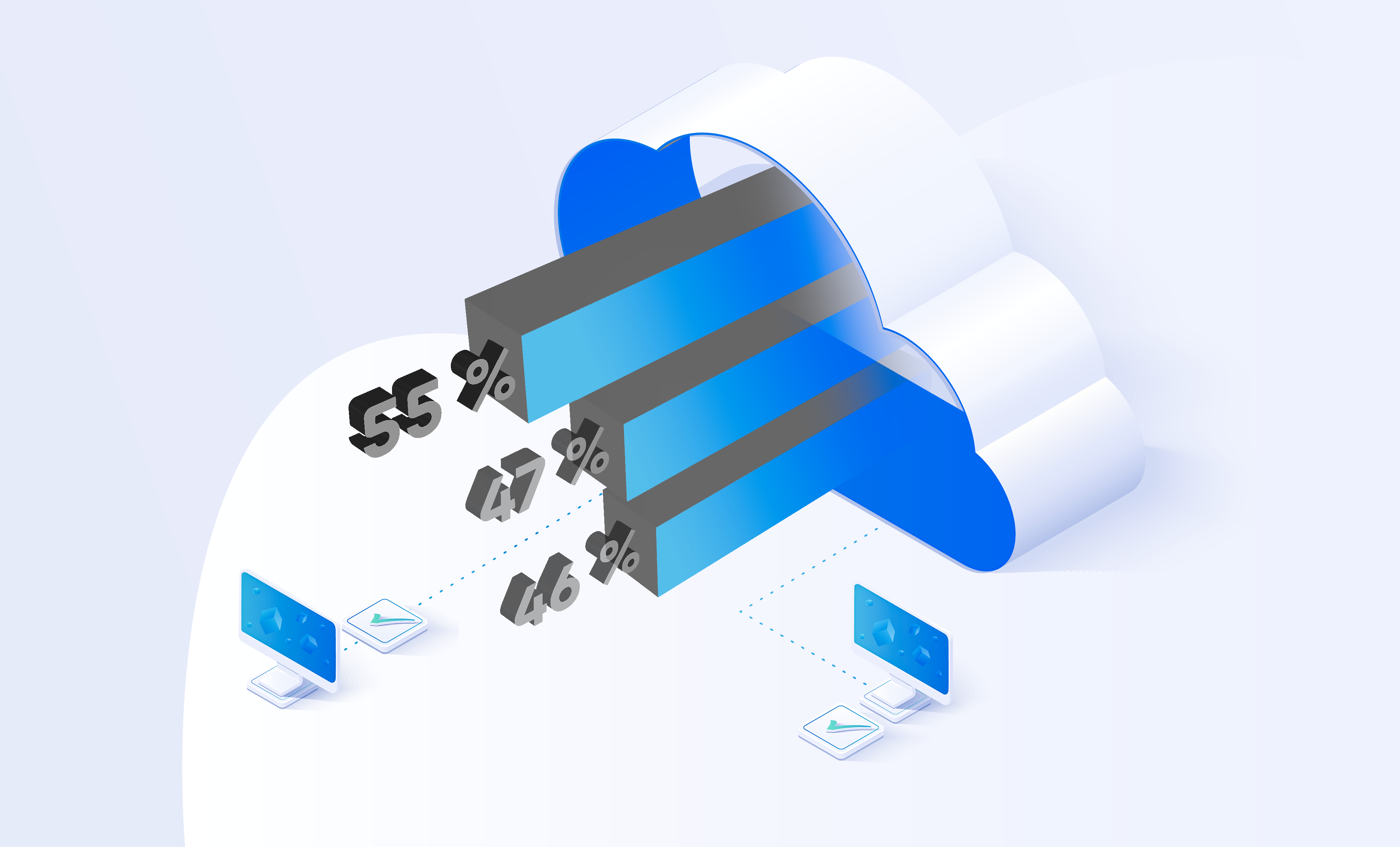 Nowadays, the vast majority of companies use the cloud – in particular for data backup and e-mail communication. Entire business infrastructures can be found in the cloud, so it is no wonder that a company transition to the cloud is often accompanied by nightmares and fears about (but not limited to) a complicated connection to the new piece of software, increased costs or simple internet outages. On the contrary, the thing that worries companies the least is data leaks, according to a survey conducted by the company GriT.

Companies often use several cloud services at once. They keep accounting in one, a business in the other, and in the third, for instance, a warehouse. And it is precisely these problems with the interconnection of systems that Czech companies fear most often. This is confirmed by research from GRiT, which develops cloud services. Of the 139 managers of Czech companies, 55% confirmed that they were haunted by a fear of compatibility before the introduction of the cloud tool.

"Companies need to check whether it allows connections to other systems they use before switching to the cloud tool. If the cloud developer is reputable, he will offer them a helping hand with the connection. For example, with us, we provide a so-called API interface that allows us to connect our tool to other systems of our customer,” describes Tomáš Kormaňák, product manager of the LOKiA WMS warehouse system.

Less than half of Czech companies (47%) are further worried that the service will not work if there is an internet outage. However, cloud service developers are aware of these problems. Many cloud services have an insurance policy against the internet outage in the form of an offline mode that allows limited work without an internet connection. Cloud services are also typically accessible from mobile phones and tablets, so the necessary tasks can be handled by employees using mobile data when the internet fails.

In addition to foreshadowing technical complications, Czech companies are also troubled by the financial side. 46% of respondents are worried that the cloud transition will have a negative effect on corporate costs. "Moving to a cloud tool is generally less costly than switching to an on-premise system - software that is installed directly in the company. Cloud service, for example, does not require the purchase of new hardware. Companies pay for it in the form of a monthly fee, so they don't have to invest a large amount at once. Cost saving, on the other hand, is one of the main reasons companies are acquiring cloud tools because they are accelerating and streamlining work,” dismisses fears Lubomír Vesely, Business Manager of GRiT.

Of all the typical cloud-related concerns, Czech companies are least worried about the security of their data (17%). They trust external data centers where cloud services store sensitive data. "The security of cloud services matches the best that today's cybersecurity has to offer. In fact, the whole business is built on data security. Server operators invest up to millions of dollars in it and run regular cyberattack simulations because a data leak would be a fatal blow to them. In addition, you can recognize a solid cloud service by valid security certificates, such as the ISO27001,” explains Kormaňák.

Cloud developers generally recommend that companies share their concerns with a potential supplier in advance. Only then, according to them, will they find out whether the concerns are justified or vice versa.