ORiON and iNVOiCE FLOW Migration to AWS: What This Means? 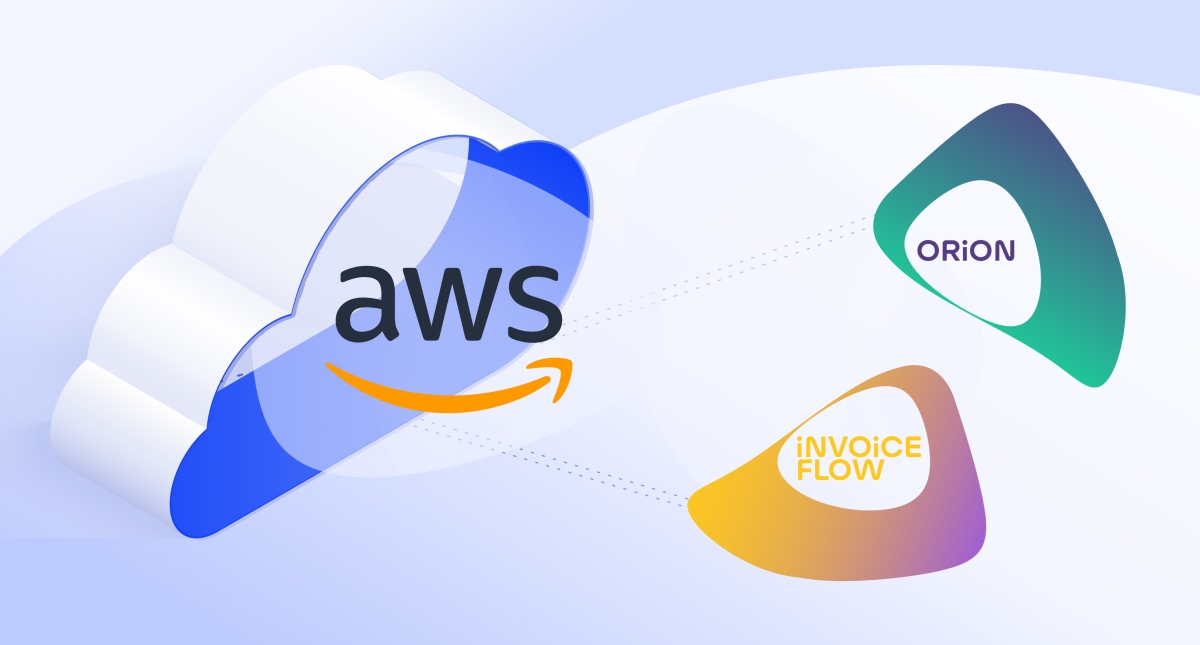 Currently, our ORiON platform, which also ensures the running of our iNVOiCE FLOW solution, transfers over 3 million documents every month. This volume of data keeps growing, and so are the possibilities of cloud technologies. For this reason, we decided to take a big step forward and transfer the ORiON solution and, along with it, iNVOiCE FLOW, into AWS (Amazon Web Services), which is a leading global cloud platform. And D-Day is approaching.

According to the original plan, the migration date was set for 10 - 11 July, 2021. However, the final control test did not convince us that the migration would run smoothly by that date and, for that reason, we decided to postpone it. We have set a new migration date for the second weekend of August, 7 - 8 August 2021, and the necessary shutdown of our system will be associated with it. During the shutdown, it will not be possible to use the ORiON, iNVOiCE FLOW or their web interface. However, you definitely don't have to worry about your data sent in these two days, they will be transferred automatically as soon as the migration of our solutions is completed.

Why change our cloud provider?

For us, migrating to AWS was a logical step on our way to further growth. Not only will it allow us to develop our solutions faster, add new services and use modern technologies, but it will also make ORiON and iNVOiCE FLOW themselves run significantly faster, thanks to the SSDs used in Amazon‘s data centers. In addition, this will also strengthen the security of the solution, as AWS has been issued not only ISO 27001, but also other security certificates such as CSA, SOC/SSAE16 as well as an external audit of physical security.

What this means for ORiON and iNVOiCE FLOW users

From the average user‘s point of view, nothing is going to change at first glance, apart from the increased speed of both solutions. The login web address, login data and user interface all remain unchanged, and you will be able to access all your documents from the same place. The privacy of your data will remain unchanged, too, and we will continue to process it according to valid European legislation without it ever leaving the EU.

Who or what is AWS?

Amazon Web Services (AWS) is the biggest provider of cloud services in the world. It was created at the beginning of the millennium for Amazon‘s internal use, which somewhat accidentally laid the foundations of cloud services as we know them today. A few years later, they developed a complex infrastructure of computing capacities, storage and databases, which they then began offering to external companies and developers, too. And this is how AWS was born – and went on to become Amazon‘s most profitable division as well as the leader of the cloud market. Government-based clients such as the American NASA and CIA, who place a considerable emphasis on security, have contributed to its explosive growth. Nowadays, Amazon‘s cloud storage is used by Netflix, for example, and, as far as the Czech market is concerned, by Moneta Money Bank. You van read more about AWS here.