Managed chaos in warehouse: what are its advantages and disadvantages? 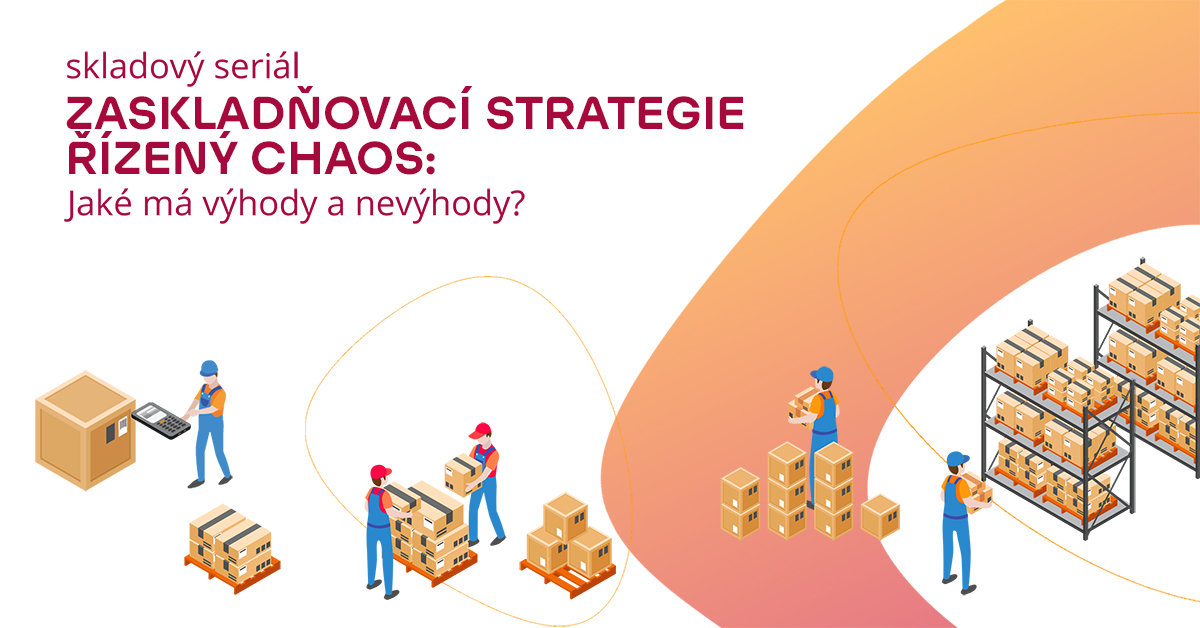 There is a big difference between random stocking of goods and the so-called controlled chaos, which is used in their warehouses by, for example, Amazon, Škoda Auto or Geis CZ. Using the strategy of controlled chaos (sometimes referred to as the random position strategy), warehouse workers consciously place goods in seemingly any free position in the warehouse, so a T-shirt and a speaker may be sitting side by side on the shelf. Controlled chaos, however, has rules that bring order to this haphazard stockpiling.

What is controlled chaos

Chaotic warehousing without any rules would mean that warehouse workers store the received goods in any free position in the warehouse according to the set process. However, such a way of functioning would bring several problems – warehouse workers would quickly occupy the shelves near the reception and subsequently walk unnecessary kilometers. In addition, they would not be able to use the warehouse spaces efficiently enough. It's like throwing things haphazardly into the trunk of your car when you go on vacation - you wouldn't use the trunk space to its full potential.

The strategy of controlled chaos brings a system into this approach. Although the essence remains – goods do not have fixed locations in the warehouse and warehouse workers seemingly randomly store them in free positions – they must at the same time observe several rules. For example, they store fast-moving goods close to the delivery, put heavy goods on the lower shelves, put goods that are often ordered together close to each other, and with the help of WMS they also think about the upcoming receipts of goods so that they are prepared for them and can handle the available space as economically as possible.

One of the biggest advantages of controlled chaos is a higher average warehouse occupancy. By allowing warehouse workers to store newly delivered goods almost anywhere, they make the most of the storage potential. Individual positions are constantly being occupied without being unnecessarily blocked for other goods, which, for example, will arrive in a few weeks. For example, Amazon, thanks to the transition to the strategy of controlled chaos, stored twice as much goods as before, according to other sources, the warehouse can be "inflated" by about a third.

The mentioned Amazon uses WMS to constantly evaluate which goods are sold together in one order and suggests stocking these items as close to each other as possible. This optimization happens in real time and is constantly refined, which speeds up order picking.

Another advantage of this strategy is a lower error rate when picking goods. Storekeepers cannot walk around the warehouse blindly, because the position of the goods is constantly changing. Therefore, an intelligent warehouse system such as WMS guides them to the goods, which leads the warehouse worker to the right position and the right item. In addition, if they reach a shelf where there is a kettle and a towel next to each other, it is easier for them to reach for the right goods.

Controlled chaos also makes recruiting easier. Warehouse workers don't have to learn where the shelf with books is in the warehouse and where the refrigerators are, because the terminal guides them to the goods. From the very first day, they work as efficiently as senior employees.

The controlled chaos strategy is generally suitable for a dynamic, fast-turnover assortment with a large number of items. In any case, it is ideal if you prepare a detailed process analysis of the shipping strategy at the beginning.

To effectively use the strategy, it is necessary to implement an information system for warehouse management, for example WMS (warehouse management system). In this system, all warehouse movements are registered and the system informs warehouse workers about the positions of items via the terminal. For some smaller warehouses, the deployment and management of such a system can be unnecessarily expensive, on the other hand, today they can purchase very cheap cloud WMS for tens of thousands of crowns.

Controlled chaos is also not possible to apply to goods whose storage is subject to strict conditions - for example food, medicine, combustible substances, chemicals and the like. In these cases, you would have to insert so many rules and conditions into the controlled chaos that the strategy would no longer be as effective.

Are you interested in other warehousing strategies? Download the whitepaper in which we describe and discuss them all.